There are many differences between Argentina and the U.S. but nowwhere was that more apparent than at the Zoo at Lujan, where you can pet the lions: 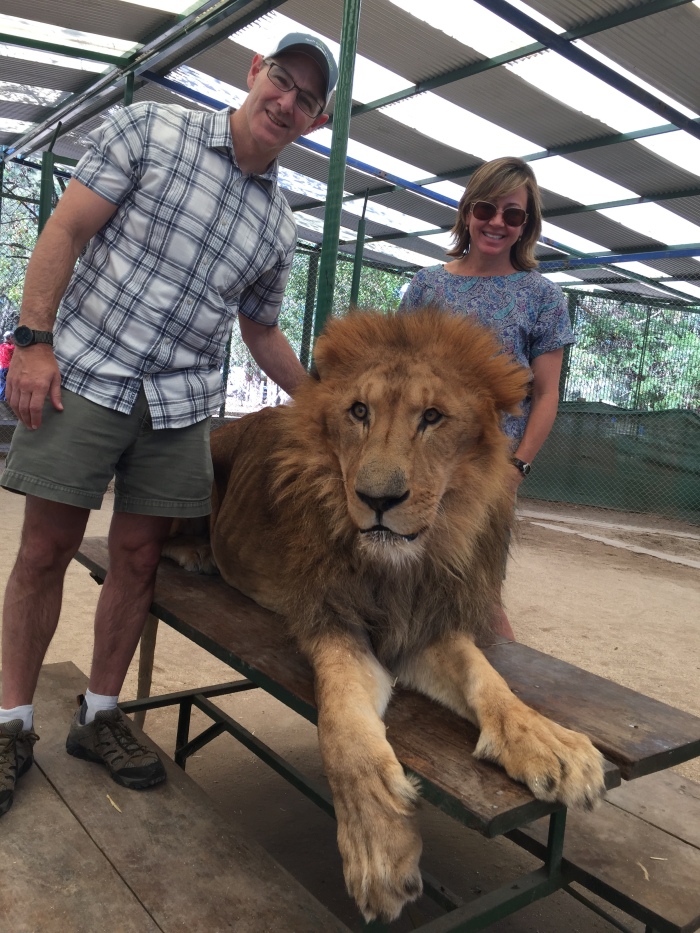 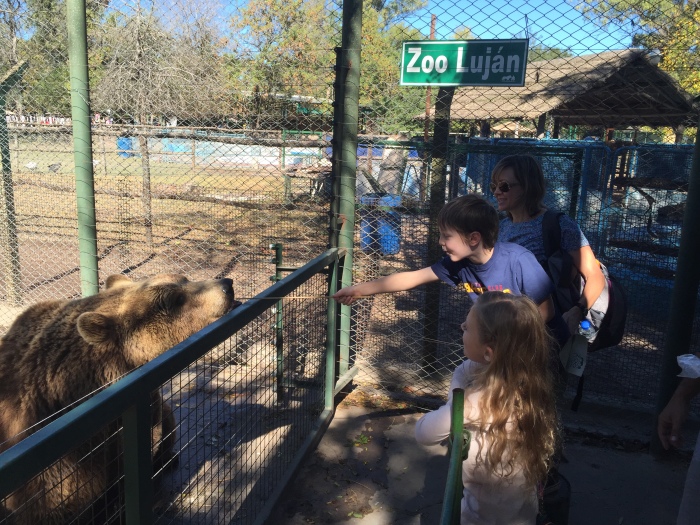 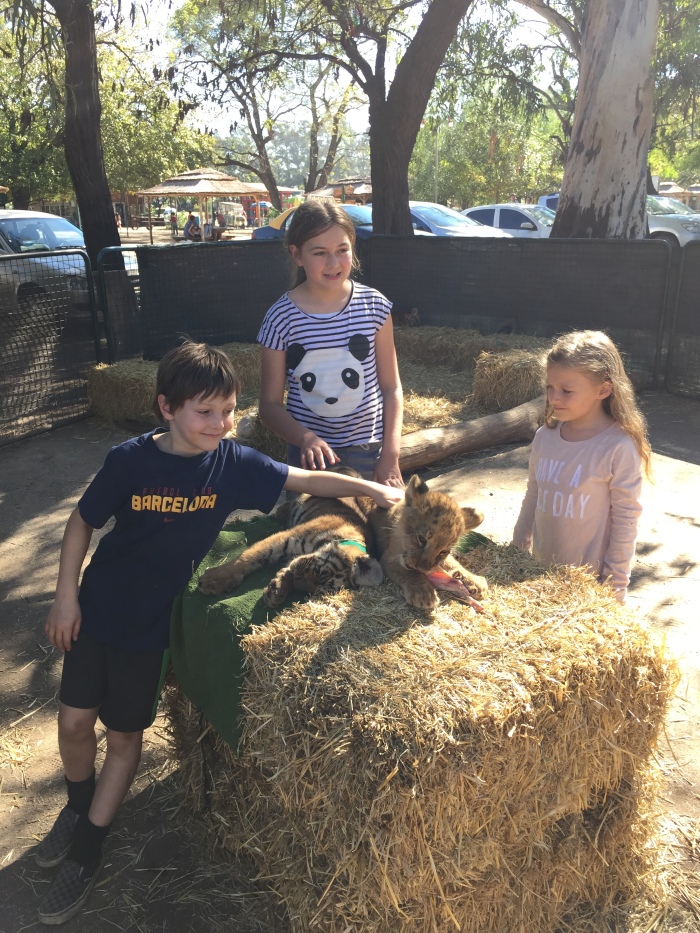 put a parrot on your head

or feed an elephant

Now, this place is not without controversy and there were certain aspects of the zoo that we found difficult to stomach.  The zoo’s operator claims that he is domesticated the animals by letting them grow up with dogs, which is certainly true.  Seeing puppies playing with tiger cubs is probably the cutest thing of all time.

It was a unique experience and a great way to celebrate Jake’s birthday.  On the drive we composed a song the lyrics of which will sound familiar to any parents who have taken their kids on a drive of any length:

We are preparing our acceptance speech for the grammy awards.

We also were invited to another friend’s house this weekend for an asado.  The live on a little lake where the kids could kayak and generally run amok.  We continue to be amazed by the generosity of the people we have met and hope to become more open and welcoming to new people when we return to the states. 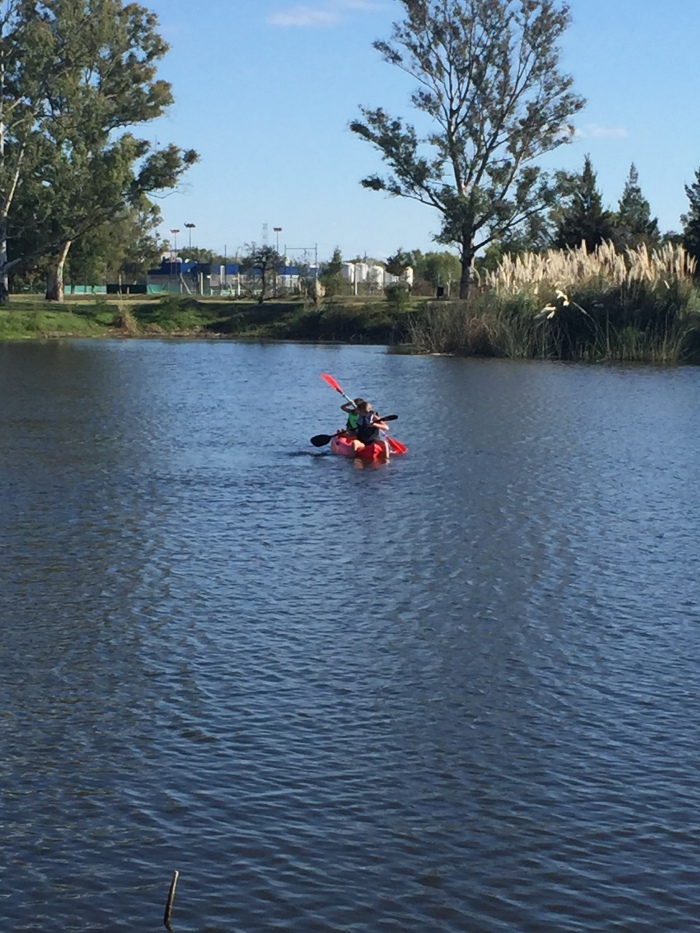 One thought on “No Lo Mismo (Not the Same)”